Getting Just the Right Volume 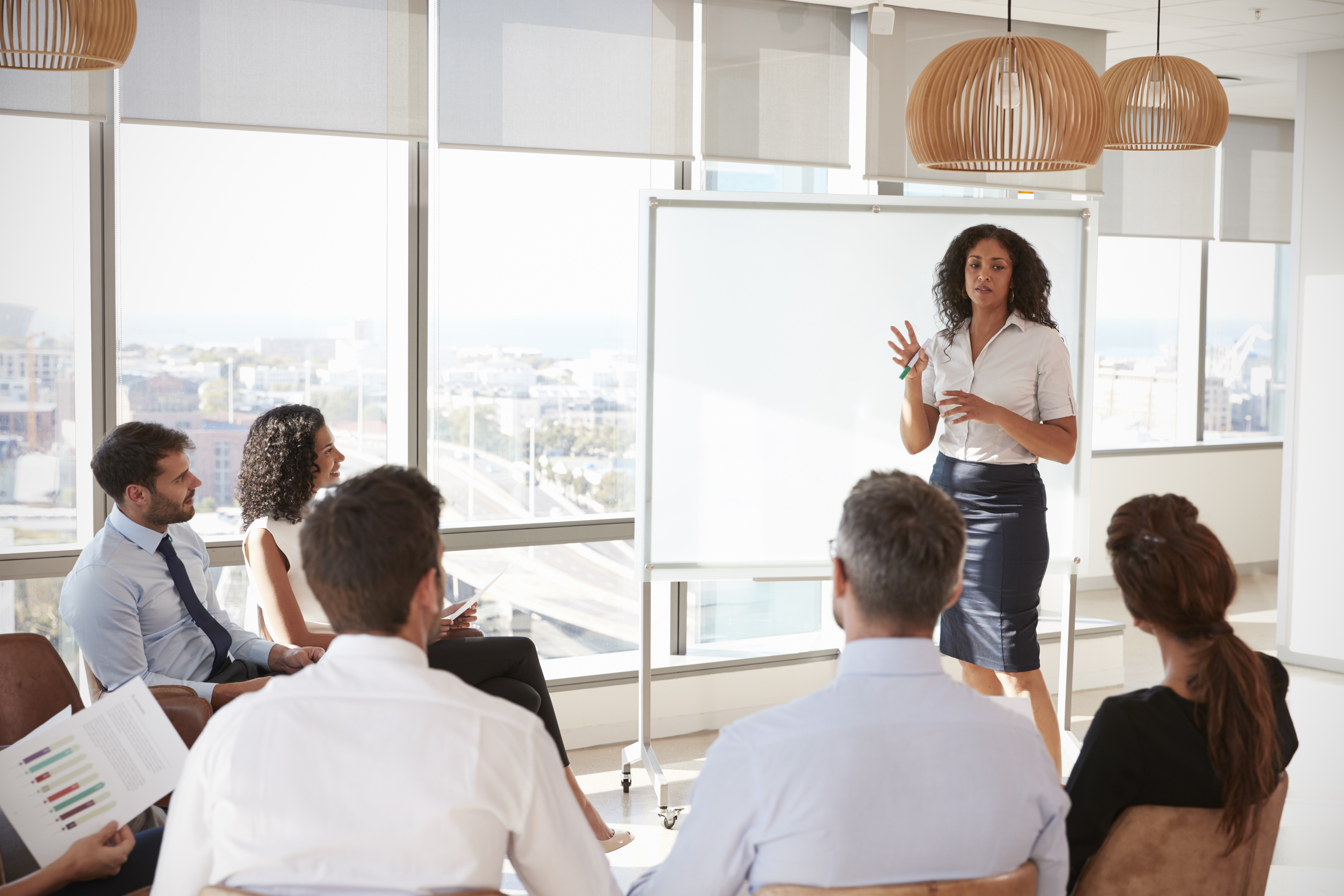 How loud should you talk without a microphone in a room full of people? Here’s how to determine just the right volume so that you can influence and persuade your audience when public speaking in a meeting space or making your next business presentation in a conference room.

First, locate the person furthest away from you in the room. Yep, that person waaaay in the back. Now, how loud do you need to talk to be heard by that person? Adjust your volume to that level. If you’re a quiet talker, you might have to “use your outside voice” or you can try these tricks.

But wait, there’s more. Yep, you don’t want that person to simply hear you; you want to be able to influence them with the sound of your voice. So, adjust your volume up a little bit more. There you go. That’s it!

Now you’ll be able to be heard and influence everyone in the room.

Using Data to Tell Your Story

Facts and figures don’t lie. However, they also do not necessarily tell the whole store. When you present data, you select the facts and figures that support the specific point of view or the story you want to tell. When you do research, you are looking at the data to give you answers. Then you craft a narrative to sell that answer or solution. The data is then used to communicate to the organization in a way that supports your recommendation.

In Nancy Duarte’s new book, “Data Story,” she shares important guidance on creating a story using data. You need to “Transform Numbers into Narratives.” One of the ways you do this is by making the numbers relatable. In and of themselves, numbers are just numbers. Larger numbers and very small numbers, in particular, can lose their meaning when you toss them into your remarks. Instead, strive to relate the numbers to something your audience understands. I recently heard that “Air Force One is roughly the size of a football field.” Hearing this comparison instead of “Air Force One is a really big plane,” added much more meaning. It made an impact because I have seen a football field many times and consequently, I have a sense of how big a football field is. To say a plane is that big really landed the point (pun intended!).

The trick is to make sure the comparison is understandable by your audience.  You may have heard comparisons such as – it’s like going back and forth to the moon 2-1/2 times. That statement does indicate a far distance. However, do you really have a sense of how far it is to the moon and back? Unless you are an astronaut, probably not. In Nancy Duarte’s book, she has one of the best comparisons for the distance to the moon that I’ve ever heard. It takes this vast distance and makes it relatable. Here’s how it’s stated in the book, “According to cosmologist Fred Hoyle, if you drove a car upward at 60 mph, in about an hour, you’d be in space. To get to the Moon, it’d take 4,000 hours of nonstop driving (or almost half a year).” Now that’s a heck of a road trip! Why this works is because we can all imagine driving an hour or multiple hours to get to a destination. And, we all have some sense of how long a half a year is. This comparison is relatable and secures in our minds the point that the moon is far away.

The next time you share data, think through the various ways you can make the numbers relatable. Connect the numbers to something your audience can imagine or easily recognize. Once you do, you will have an even greater chance of selling through your point of view and the data will help you do it.

Help People Understand Your Data by Making It Relatable