Body Language and Your Clothes Make a Statement 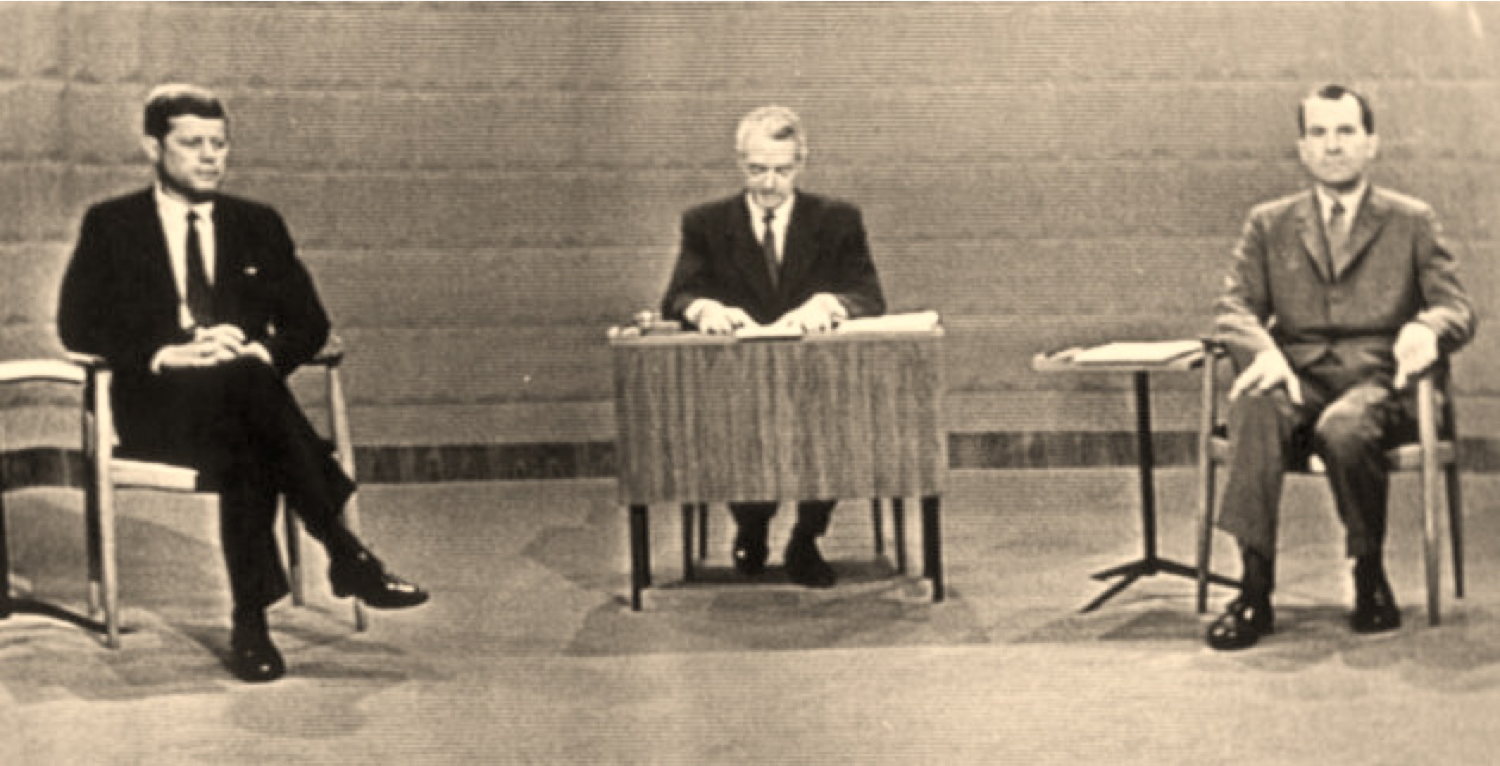 I often use the above historic photo in my public speaking workshops. The photo was taken just before the start of the very first presidential debate to be carried on live television. You, of course, recognize the contestants — Richard Nixon vs. John F. Kennedy.

When I show the photo to my workshop attendees, I ask folks to shout out, in one word, what the body language of each candidate says to them. Invariably, they shout words like “nervous, uncomfortable, awkward” for Nixon and “leader, calm, cool” for Kennedy. Then I repeat the exercise, but this time I ask the attendees to focus on just the clothing the two are wearing. The result is identical. Yep, clothes make a statement and the attire chosen by Nixon and Kennedy were saying this: awkward vs. cool.

It is fascinating to me that before either man stood up to speak — before they even uttered a single word — their body language and their clothing were sending clear messages to the audience.

And the Winner is …

What this means for business presenters like you is this: It’s a very competitive world out there and you need every edge you can get. Visual communication just might make the difference between getting to the next level in a business relationship or going home.

We’ve talked a lot in this blog about body language, but what about what about what to wear? What clothes are best for making presentations? Well, we’ve got you covered there as well. Check back here on Friday for “Speak and Bespoke: How to Dress for Speaking Success,” a Q&A interview with Phoenix fashion expert Mary Zarob. It’s a fun and informative read. See you then!