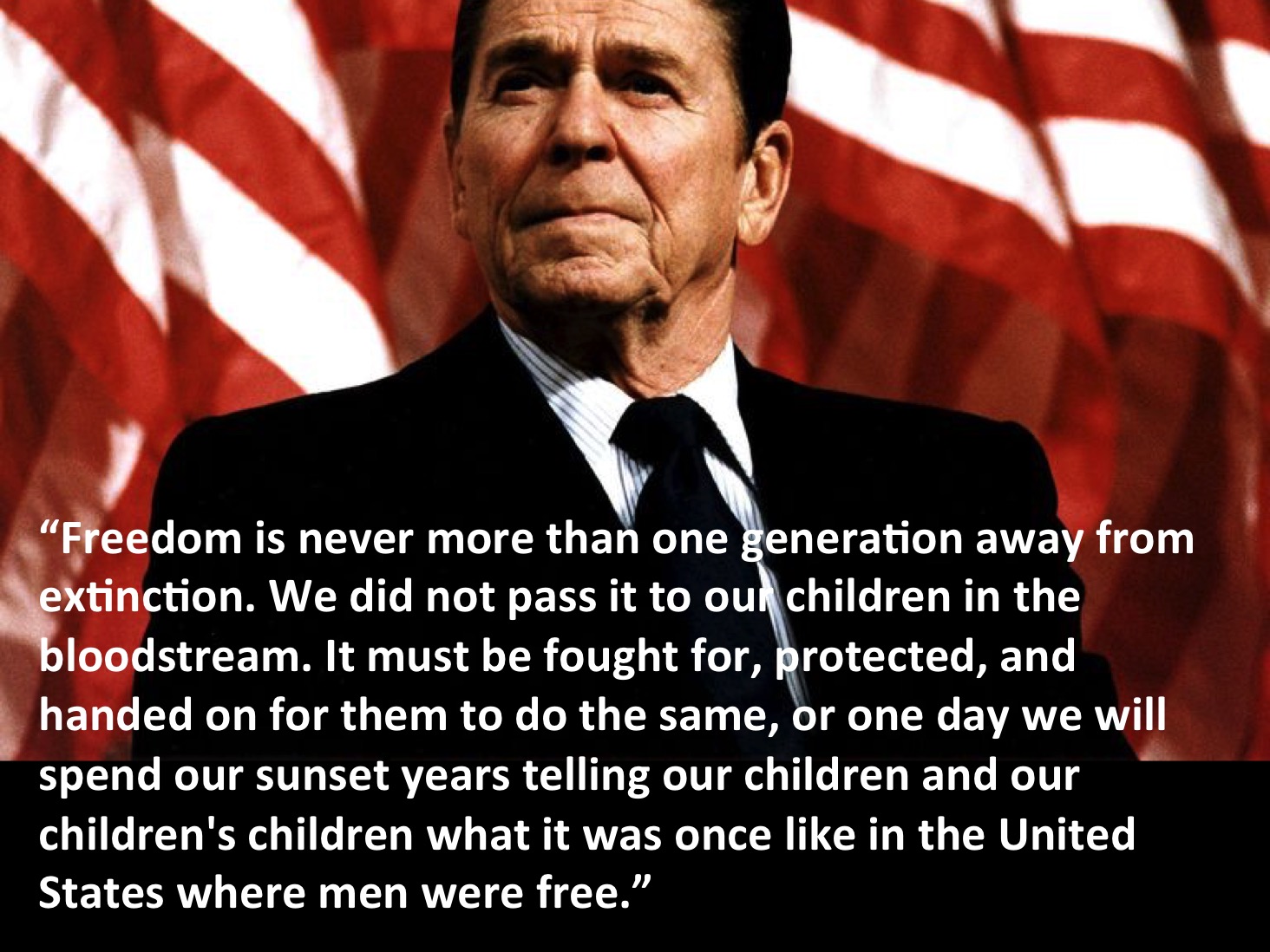 Memorial Day originally was called Decoration Day and was held to honor fallen soldiers in the Civil War. Later, the holiday was expanded and today we remember all those who died in service to our nation.

Since it began, Memorial Day always has been a time for speech-making about those who have sacrificed to ensure our freedom. President Ronald Raegan, known as “the Great Communicator,” said the stirring words above in 1961, early in his political career.

We honor all those who gave the ultimate sacrifice so that we might be free.